Off the Leash • September 27, 2020 • https://srhsoffleash.org/1567/news/local-movie-theaters-struggle-for-survival/ 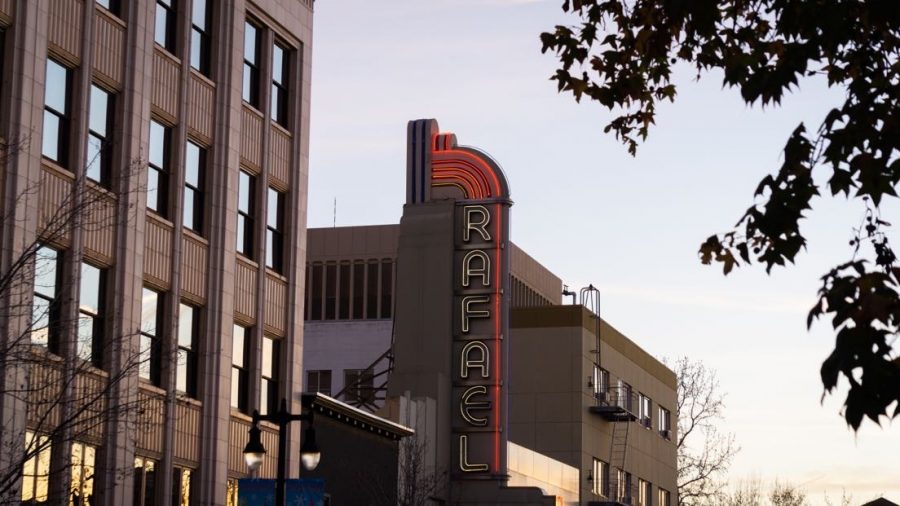 The smell of popcorn once again circles the air of Northgate mall as casual moviegoers return to the popular Century Northgate Theater. On September 18th, the cinema reopened for the first time since late March and joined Fairfax theater in being the first film centers to reopen in Marin. Unfortunately, one historic theater will not be resuming business at all.

While the pandemic swept across the nation and the world, non-essential businesses were forced to close in an attempt to slow the spread of the virus. Among these businesses includes movie theaters. While people quarantined in their houses, many movie theaters saw no source of revenue and threatened to close.

“We were concerned at first,” says Caroline (who declined to give her last name), general manager at Century Northgate Theaters. Cinemas like Northgate were losing money because they still had to pay for the space in the mall along with other necessary expenditures. With no income to subsidize the cost, some theaters feared they would not be able to pay their rent.

Locally, Cinemark announced in June that its Corte Madera location would permanently remain closed. Although Cinemark claims the closure was unrelated to the pandemic, the theater’s operations never would have halted if it wasn’t for the outbreak. The theater has threatened to close before, but powerful community pushback delayed its closure back in 2015. Even though community outreach wasn’t enough to keep the theater open the second time around, residents responded by helping support small businesses outside just the movie theater industry.

At the Smith Rafael Film Center, movie enthusiasts helped provide money for the theater to ensure it would not close. Since, The Rafael is a non-profit organization, the theater hasn’t had any sort of substantial income.

“We don’t get most of our money from ticket sales,” explains Bea Astle, general manager at the Smith Rafael Film Center. “It’s basically completely funded by donors.”

Still, there is concern that large streaming services like Netflix and Hulu could take away potential revenue from these theaters. With people stuck at home, the only way to access a variety of films is to pay a monthly subscription to these types of services. In addition to the convenience and vast libraries, streaming services offer new movies monthly and television shows that update with its live release.

Many people are going to “stick with what they’ve been comfortable with,” says Zack Shinnick, former Rafael Theater employee. “Watching movies in areas with more people is not people’s main concern or desire right now with all the panic. You’d rather go to a friend’s place and watch a movie or from your own home or comfort.”

However, with coronavirus case numbers trending down and the re-opening of small businesses, there is still hope for movie theaters. Caroline from Northgate Theater feels optimistic that people will once again return to watch movies in theaters. “People are coming out for the experience. You have all your amenities there.”

The difference between at-home movies and going to the theater is “how immersive the movie-going experience is,” says Astle. The massive screen, paired with the dark, silent room, allows people “to be transported to a different world.” In the theater, nothing else matters except for what’s happening on the screen in front of you.

In addition, large movie corporations like Disney make the most money from films that are shown in theaters. “Studios want them in the box office,” explains Caroline. If you are seeing a new movie for the first time, it makes more sense to see it on the big screen in a dark room with comfortable chairs, than to view it from your television at home. “People are more reluctant to pay $30 to watch it at home.”

While everyone has their own personal preferences to where they enjoy watching film the most, there is no way to replicate an authentic movie theater experience. Movie theaters are a tradition and even though people will probably continue to use streaming services, ultimately there is nothing like a large popcorn and the big screen.