Off the Leash • September 27, 2020 • https://srhsoffleash.org/1581/sports/benched-high-school-athletes-sidelined-by-the-pandemic-struggle-to-be-recruited/ 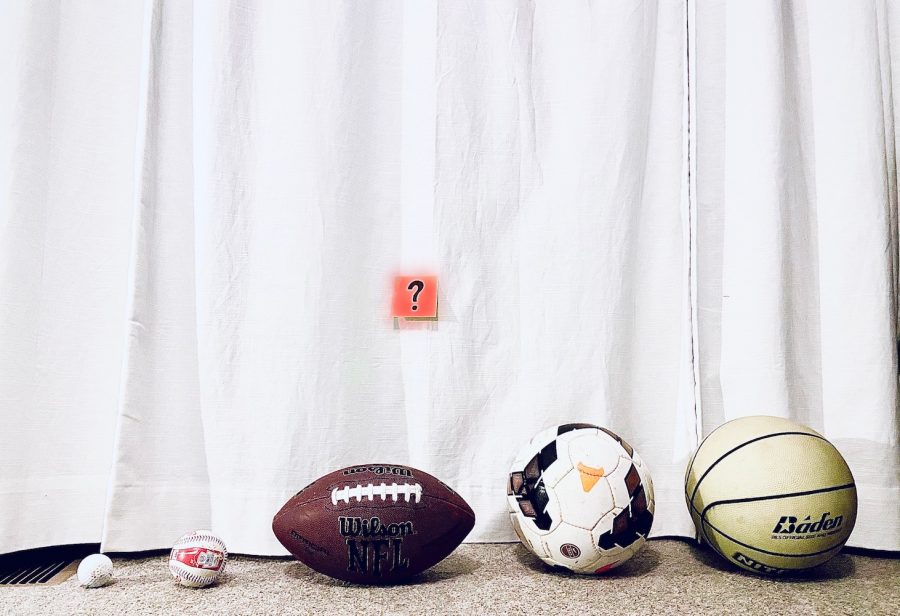 For years, students nationwide have played, practiced, and perfected their sport with the image of an NCAA label in the back of their minds. With more than 460,000 athletes constructing the NCAA system, the competition for prospective student-athletes has escalated rapidly in the past decade. For many students, their sport may be their only hope to attend a four-year college.

However, as 2020 has seemingly tainted all aspects of the adolescent life, many students have lost athletic aspirations for their futures. COVID-19 has made the recruiting process incredibly daunting and nearly impossible for many athletes.

Senior softball and basketball player at San Rafael High, Ryan O’Hagan, stated “it’s harder to be seen by a coach…Now I’m thinking I should just go to college for school.”

For many students, motivation to begin the long and grueling process of recruitment has decreased immensely.

Jose de la Rosa, the Athletic Director at SRHS reiterated how difficult recruiting really is: “I think it’s a very difficult process, that when kids actually go through it, at D1s, D2s, and D3s it’s because they’ve put in a lot of effort to get to that point.”

Filming and creating a highlight video, emailing coaches constantly, as well exerting the energy for the actual athletic component is too much for young student athletes. Furthermore, the weight of the pandemic on top of all of the basic recruitment requirements has completely crushed many students’ fading hopes to commit to a college.

“This year, just knowing what they’d have to do to get recruited…yes, I think it [the number of students who get recruited] will be less than usual,” de la Rosa said.

Similarly, it’s possible that high schools and club teams will see a decline in player participation due to the dwindling motivation to recruit. Nonetheless, de la Rosa is confident that if enough students “love the sport . . .  they’re just going to come regardless of whether or not there’s a pandemic going on.”

As schools and jobs nationwide have moved online, so has recruiting. Prior to the pandemic, many sports required students to film their games, and compile a brief video showcasing their best performances. Now, the importance of highlight videos during the pandemic has been widely inflated, because this is essentially the only way coaches can see athletes play.

Co-head men’s soccer coach at SRHS, Edgar Hernandez emphasized that “they [student-athletes] have to be sure they’re sending the best video they can come up with, and that’s hard to begin with…showcasing all strengths is going to be extra hard.”

Without the ability for athletes to communicate showcasing event dates and times to coaches, there are not many other ways to get noticed. This loss of exposure is detrimental to any potential recruitment discussions.

With official in-person campus visits cancelled, students are unable to tour facilities and speak to coaches face-to-face. Without any in-person scrutiny from coaches, Hernandez believes the most difficult part of recruitment during the pandemic is that “they’re [student-athletes] not getting the exposure” into coaches’ inboxes, or the recruiting world as a whole.

For lowerclassmen who may not be as invested in their own recruiting process, the thought process should be revolving around the question: “How can I develop?”

Commenting on younger grades, O’Hagan said, “They have longer to prepare. Usually, sophomores would be spending their time at Identification Camps, but now they get to practice until camps and games start again. They’ll be ready to go.” This extra time for improvement could make or break a recruitment in the future for younger athletes.

Since they do not have the luxury to possibly boost their game, upperclassmen are in a race against time to commit to a college with the video footage and skills they already have. Many students will likely not finish this race, resulting in an overall decline of athletes committed.

For seniors and juniors nationwide, the COVID-19 pandemic has brought complications that simply outweigh any previous aspirations to sign the National Letter of Intent or announce a commitment to play their sport for another 4 years. Seeing as schools cannot do much to keep potential recruits in discussion now, the future of athletes will reflect the grit and determination the Classes of ‘21 and ‘22  have demonstrated in the field of recruitment during a worldwide crisis.