Off the Leash • September 28, 2020 • https://srhsoffleash.org/1592/news/pandemic-despair-and-suicide-attempts-on-the-rise/

Pandemic Despair and Suicide Attempts on the Rise 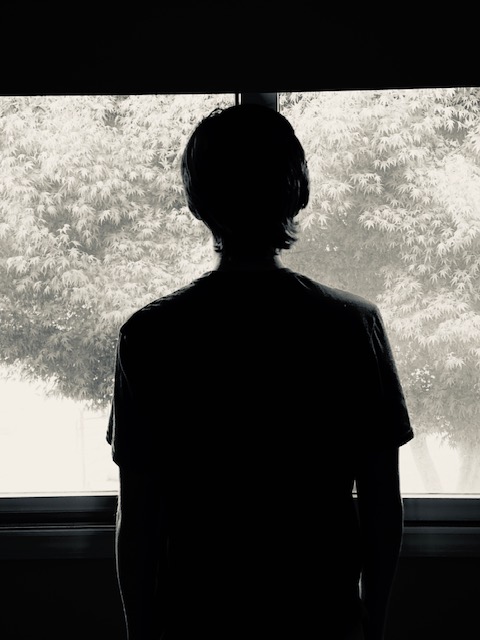 “I can’t do this anymore. I’m exhausted,” a weary Vincent Joseph told his daughter last month. “I don’t think I want to be here anymore.”

Vincent is an 82 year old resident of San Rafael who has lived on his own for the past 10 years. According to his family, Vincent was coping with living alone fairly well until Covid-19 caused the world to shut down. Because of his age, he stopped almost all interactions with the public in fear of getting sick. He has had limited contact with his family and is too afraid to move into a residential care unit and so he currently lives a very isolated life. Vincent’s mental health has been slowly deteriorating and his will to keep going is fading.

This feeling of despair is common for many residents of Marin County since sheltering in place began. The hopelessness many are experiencing could come from a number of things: social isolation, financial stress, homelessness, fear of getting sick, insecurity about when life will go back to “normal,” and a pre-existing mental health problem are among the many factors. For some, the despair is so great that they have suicidal thoughts or have actually committed suicide.

According to the Center for Disease Control and Prevention, suicide is the 10th leading cause of death for all ages in the United States. As of September 17, 2020, more than 45% of American adults reported that their mental health was negatively affected by the global pandemic. In Marin County, which has the highest suicide rate in the Bay Area, reports of negative mental health impacts as a result of Covid-19 are also on the rise.

In early June this year, three months after the lockdown started, San Rafael resident and recent SRHS graduate Gibson Hoch was surfing at Fort Point right next to the Golden Gate Bridge when he witnessed someone take their life by jumping off the bridge. “I was surfing one minute and then all of a sudden I saw someone jump,” he said. “Sadly, I wasn’t that surprised because it happens too often there.”

The Marin County Department of Health and Human Services (HHS) reported that there is a noticeable increase in the amount of calls made to its crisis hotline since March of this year. The Marin County Board of Supervisors is well aware that being socially connected is important for suicide prevention and so they have adopted a resolution naming September as Suicide Prevention and Recovery Month in Marin. Furthermore, the HHS has recently increased its support for Marin residents in greater risk of suicide.

The impact of the Covid-19 pandemic is hitting Marin residents with pre-existing mental health issues even harder. Susan Quigley, MFT, a psychotherapist in Marin County, has seen a lot more people reaching out to her for help during the pandemic. “This pandemic is exasperating what was already going on with people,” said Quigley. “People who are struggling are struggling more. People who were depressed and anxious are now more depressed and anxious,’’ she says. Susan works with both teens and adults. One of her teenage clients who is shy and antisocial found that therapy along with a job at a local movie theater helped her work through her depression and anxiety. When that theater shut down due to Covid-19, she experienced setbacks and is anxiously hoping she can return to her job soon. Susan reported that although she has counseled people who have had thoughts of suicide, she is thankful that none of her clients have taken the thoughts any further.

Additionally, Tim Lea, who is an SP Outreach Coordinator at Buckelew Programs Suicide Prevention in Novato and works the Suicide Hotline twice a week, reports that “at least 50% of calls mention Covid-19 either directly, or as being responsible for some negative change in their life.”

Lea said, “We’re in the collective trauma phase of the disruption…we’re suffering from the deep changes in our lives that are being imposed, and later, after we start processing what’s happened, what we’ve lost, we’ll suffer a kind of group PTSD, and that’s when people who think about public mental health are thinking the real crisis will hit.” Many mental health professionals are not hopeless though and feel that it is very important for people to try and stay socially connected with each other, and those connections are what will help many people come out of the pandemic with less mental health issues.

Being socially connected with people is extremely important for mental health even when a global pandemic is not present. Due to everyone being in isolation, it has been very hard for people to stay socially connected. However, one community in San Rafael has found a way to help keep people connected since the beginning of the pandemic. Every night at 8pm in the East San Rafael neighborhood of Glenwood, neighbors howl as loud as they can. Someone starts the howl and then multiple neighbors, young and older, chime in. It’s a way to tell others they are surrounded by people who care.

Beverly Ghio, an elderly resident of Glenwood who lives on her own, says that she looks forward to the howls every night because it reminds her she’s not alone and distracts her for a moment from “feeling depressed about the crazy world we live in today.”

Simple actions like this could make a real difference for someone like Vincent Joseph, who is socially isolated and feeling like he can’t cope with the impact Covid-19 has had on his mental health.

There are many resources in Marin County where people can turn for help in this difficult time. If you or anyone you know is experiencing negative thoughts, go to the Buckelew Programs website or call their hotline number at 1-800-273-TALK.