Off the Leash • November 16, 2020 • https://srhsoffleash.org/1738/opinion/law-and-disorder-the-problem-with-police-funding/

Law and Disorder: The Problem with Police Funding 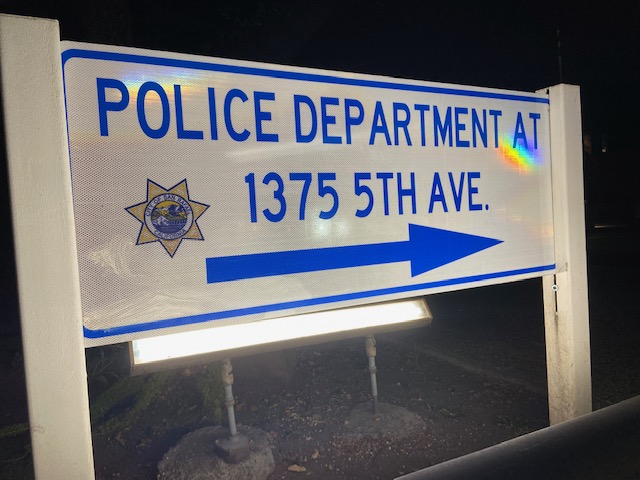 The popular “Defund the Police” slogan doesn’t mean a removal of all federal, state, and local funding. It just means we must look deeper into how we can relocate these funds to help prevent the need for police in the first place, as well as provide the correct responders to different situations.

A portion of the money that goes to the police system should go to public schools in order to keep adolescents engaged, and out of the criminal justice system. An even larger amount of the police funding should go to community building organizations to create a safer and more secure environment for people of all ages to come together and respect each other, rather than making bad decisions in the streets. The largest sum of money should be allocated to educate Americans about mental health, and provide the correct mental health resources to people of all ages and backgrounds.

The police system is clearly affected by the systemic racism in America, and officers often act on the implicit bias they possess, arguably creating a more dangerous and violent country, specifically for BIPOC (Black, Indigenous, and People of Color). Statistically speaking, fatalities in police shootings from 2009 to 2012, due to excessive police force were disproportionately black (32%), and black victims were more likely to be unarmed than white victims.

Alternative safety systems should also be implemented, because not all emergencies call for an armed policeman who likely wasn’t trained to respond to a drug overdose or mental health crisis. Since 2015, almost a quarter of all people killed by police in the United States have had a known mental illness.

Re-allocating some of the police funding to mental health resources is imperative to rebuilding a country in which people are not scared to utilize their own law enforcement. We don’t need to respond to mental breakdowns with handcuffs and Berettas; we need to respond with peaceful assistance that doesn’t present danger, but instead offers calming de-escalation and mediation. Sending social workers, drug abuse counselors, and other non-law enforcement agents to mental health calls is how to prevent unnecessary shots fired, and how to provide the right care in critical situations.

However, for many U.S. inhabitants, the police system provides safety and helps keep our streets and communities free from crime. The police do respond quickly to home invasions, shootings, burglary theft, and copious dangerous scenes. Without cops, there would not be people to call when citizens feel unsafe or violated.

So, cops technically do oversee public safety in a number of neighborhoods sprinkled across the country, however, the use of excessive force, especially in predominantly BIPOC communities is completely unnecessary.

In a country where the main mission of the “safety system” was to oversee the practice of Jim Crow laws, and was referred to as “the Slave Patrol,” it is hard to believe all of this underlying racism has been completely wrung out.

Because of the nature of our country’s antecedent ties to the accepted practice and endorsement of white supremacy, someone in one community may view the police as law enforcement, while someone in another views the bluecoats as harassment.

Defunding the police sounds radical until we realize our government has been defunding education for years. During the 2007-08 recession, both education and police systems received budget cuts, however after the economy recovered, the police system returned back to their comfortable, overfunded allocation.

Notably, non-white school districts with the same amount of students received as much as $23 billion less than predominantly white districts…perpetuating the systemic racism in the United States.

If you’re thinking that the “Defund the Police” movement doesn’t apply to you, or is only necessary in major cities, the San Rafael Police Department just received a new $128 million budget. This means the new budget will result in reduced library hours, and fewer recreational programs, according to the Marin IJ. In one of the safest counties in the state, I don’t believe our local police needs any more funding, and it especially shouldn’t hoard the money used to strengthen the local community.

It is a known fact that keeping students engaged in their communities and schools occupies their personal time, keeping them away from street crime. By providing BIPOC communities across America with insufficient materials to succeed, the cycle of systemic racism will continue: adolescents may become entangled with the law, police brutality comes into the picture, and they may get eternally stuck in the criminal justice system.

I am not arguing to take away all police funding, nor am I arguing that “All Cops are Bastards.” I am arguing that the perpetuating racism our country is built on must be completely stomped out, and we must look towards other options to oversee public safety, if our government truly cares for the needs of the people.