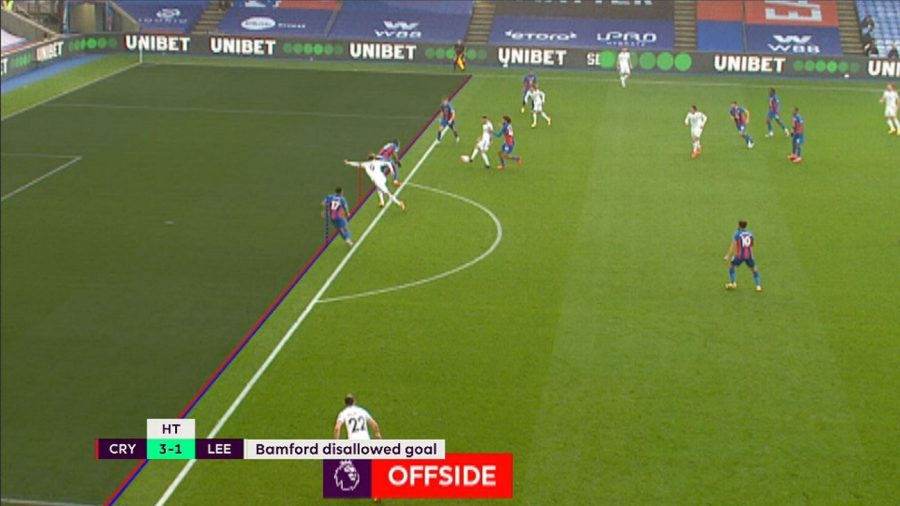 It’s the summer of 2018. After an amazing five weeks, the World Cup, the world’s biggest sporting event is about to conclude. Nearly 1.12 billion people are watching from around the globe as Croatia and France battle head to head in the final. It’s the VAR final, the day technology takes over and sucks the spontaneity out of soccer.

Thirty-five minutes into the game and it’s one to one. France has a corner. The ball is floated in and is flicked onto a Croatian player’s hand. The rules of soccer never allow a player to use their hands, with the exception of the goalie. If the ball is flicked into the opponent’s hand, it is up to the referee to decide if he deliberately touched it in an unnatural position (arms extended). In this case, the player is so close to the ball that he could not react in time, so the referee decides to simply move on. That is until he touches his earpiece and listens to VAR. The fans in the stadium hold their breath, as the referee pauses the game and jogs over to review the footage. After a few minutes of suspense, the referee points to the spot. It’s a penalty.

Video Assistant Referee needs to be either changed or stopped completely as it is too inconsistent with what it checks, interrupts the flow of the game for players, and ruins the viewing experience for those at home. It has made celebrating too early much too prevalent, overall ruining the 2,000-year-old game that is loved around the world.

VAR stands for video assistant referee. Much like in basketball, it is a team of three people who work together to review certain decisions made by the main referee by watching video replays of the relevant incidents. They are situated in a video operation room which is essentially a bank of monitors offering different camera angles.

Four types of decisions can be reviewed using VAR: goals (and violations in the build-up to them), penalties, red cards, and mistaken identity in awarding a card. For a decision made on the pitch to be overturned, it must be a “clear error”.

Although many initially thought VAR would change the game for the better by making it impossible for bad decisions to be called like the famous Hand of God by Diego Maradona when he scored a goal using his hand allowing Argentina to advance and ultimately win the 1986 World Cup. Now after a few years of VAR being used, heads are beginning to turn the other direction.

Soccer is known as “the beautiful game” and it’s for good reason. No other major sport has the same free-flowing, uninterrupted build-up to a game-changing goal like soccer has. The average VAR intervention time is 55 seconds, which means you and the players are waiting for a full minute, sometimes more, for a decision to be called. This may seem insignificant, but soccer is unique in that there are no commercial breaks, no timeouts, the substitutions happen seamlessly, overall giving 45 minutes of continuous play. Although one minute may not seem long for a game-winning decision, fans want as little time wasted as possible from distractions, which is exactly what VAR brings.

A goal in soccer is like nothing else. Because of the rarity of goals in the game, every one of them feels more special. Some of my most fond memories come from celebrating goals with my friends, family, strangers who are watching the game in the local pub, and with thousands of fans in the stadium. VAR takes these moments away, as both players and fans now wait to celebrate on close calls.

Part of what makes soccer so special is the atmosphere it creates. In sports like American Football and Basketball, where systems like VAR are in prominent use, music is constantly played on the PA system, and fun activities are made like t-shirt cannons to keep fans entertained. This would not work in soccer.

There’s nothing like the atmosphere in a soccer stadium, with continuous singing, chants, and groans of either elation or despair. The feeling of doing a tricky skill move to get past the player, as the fans get excited and cheer you on. There’s nothing fake or forced about it, it flows naturally and there is almost never a dull moment. That is until VAR is introduced, making fans second guess themselves in celebrating knowing full well the goal could be disallowed. In the 2019/20 season of the Premier League, the biggest soccer league in the world, 109 goals/incidents were overturned.

Another problem I have with VAR is its lack of accuracy. Jose Mourinho, one of the most decorated coaches of all time says “I thought I was going to love VAR the way I love goal-line technology. I love goal-line technology because there is no mistake. The VAR has too many mistakes, too many.”  In the same season as above, VAR missed 9 clear and obvious penalties. How can you have a machine that costs $6.2 million a season, yet still makes incorrect decisions?

Many wanting to keep VAR will say that the system is more precise than referees and gets the calls right most of the time. I cannot deny the fact that VAR has improved accuracy, as in the 2018/19 season, before VAR was introduced, the percentage of correct key match decisions was 82 percent. With the help of VAR in 2019/20, it rose to 94 percent. What I struggle to understand is why 6 percent of decisions are still wrong.

The issues with VAR have been compounded since leagues have introduced a new handball rule. This has made VAR seem extremely harsh because of the black and white nature in addition to the loss of common sense when a decision needs to be made. “He has knocked the ball into my hand. If you are running with your arms like that with the rules as they are now it is handball, but it is not intentional. It is a kick in the teeth. I think they are the thoughts of every Premier League player, not just me – pretty much everyone doesn’t want VAR in the game” says Premier League player, Declan Rice in an interview after the game.

It’s not just players, but also fans who want to see changes. A poll with over 250,000 votes conducted by Match of the Day host, Gary Lineker, found that over 70% of voters would happily see VAR removed from the game. After months of complaints from coaches, players, former players, and fans, it is time for the people at the top to decide whether VAR is ruining the game of soccer.