Off the Leash • April 29, 2021 • https://srhsoffleash.org/1864/communityvoices/communityservice/monica-mcmillan-nonprofit-manager-and-community-organizer/ 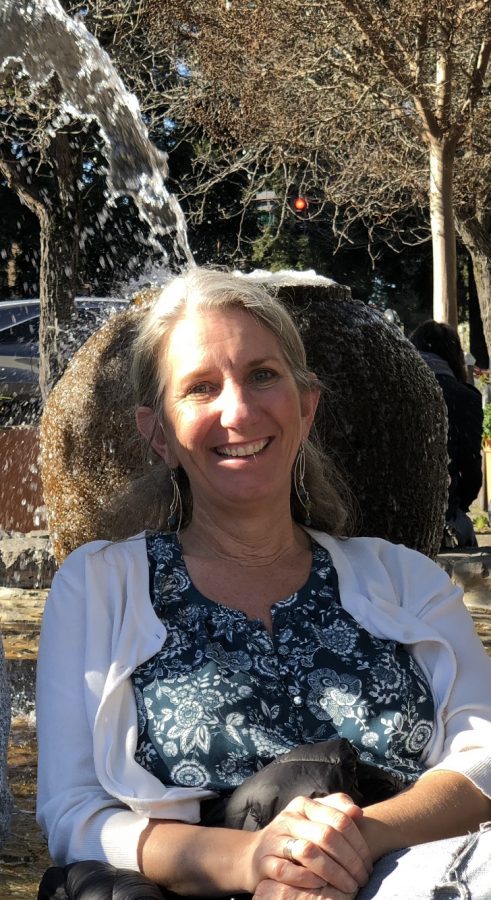 Whether you know it or not, if you live in San Rafael, you have probably been impacted by Monica McMillan.

Monica McMillan sums it up best herself. “I have A LOT to say.”

She does. Monica is one of the most energetic and somehow relaxing people to be around. Our interview, which I thought was just going to be a stressful mess, essentially just turned into fun and intriguing conversation. As well as being very welcoming in general, this effect came from one of McMillan’s most prominent traits, her ability to speak.  She has this remarkable power where she can just speak her thoughts in their complete comprehensive form without ever stopping. Which is just stunning just to be around.

McMillan is currently employed at the Elk’s Lodge Nonprofit as the Secretary and Admin Office Manager. The Elk’s Lodge is an amazing resource for the San Rafael community since it has the remarkable ability to facilitate resources efficiently throughout the community. For example, at the onset of the Covid, Mary Jane Burke, the County Superintendent of Education, needed money for more supplies to initiate online learning. The Elk’s Lodge was then able to write up a grant of $5500 to contribute to the fund, and that’s just one example. They also donate the space the lodge possesses to other charitable foundations for events, such as the blood drive they host for free twice a month. The main reason McMillan decided to work at the Elk’s was because she still wanted to stay in the nonprofit world she was involved in, but actually wanted a job that paid.

Even though her full time job is at the lodge, she still volunteers and organizes in her free time. She helps out at the St. Vincent De Paul Society Kitchen for the homeless and used to teach ESL classes at Canal Alliance before Covid hit. One of her bigger accomplishments for the community was the reinvention of the San Rafael City Soccer K-12 League. Originally the league was divided into several groups by school, but when McMillan joined the league’s board, she helped usher in the new structure of a city wide soccer league that we know today.

McMillan grew up in sunny L.A where she attended North Hollywood High School, which was in many ways similar to SRHS. A large and diverse student population that had surprisingly high football game turnout. McMillan participated in many aspects of school life such as gymnastics, cheer and student council during her time at LANH. Another big part of her high school experience was being part of the International Club Community Service Program. This program was a club where students would manage and host events for international students attending LANH for the year. This and student council helped prepare McMillan for her large leadership roles today, but even before high school, she was already being shown how she could help the community around her.

Monica McMillan’s mother was always making her kids volunteer, even at a young age. This made McMillan volunteer all over LA throughout her childhood. She would head down to nursing homes to read to the elderly and even do more personal things like go out and do her grandmother’s nails. She would even go to church and do the daycare portion of Sunday School. Even though McMillan was very in touch with her community and helped it grow, she couldn’t wait to get out of Hollywood, which led to her doing a senior year in Germany. After that, she returned to the US and eventually moved to San Rafael.

After a tough year due to Covid, McMillan was able to keep the Elk’s Lodge afloat, nearly breaking even money wise by the end of the year. Although the lodge had adapted massively to fit the circumstances they were in, she says that a large reason they survived was through the generosity of the Elk’s Club members. After being a powerful resource for the community and facing extreme circumstances, the community gave back, which was a strangely comforting thing to hear.

McMillan sees one of the biggest problems facing the San Rafael Community to be homelessness. Most of us see it under the freeway everyday, and the amount of tents increases every week. McMillan also knows that this issue is being worked on, with the addition of new shelters around the city. She also sees that there is a possible solution. She believes that if everyone had a small space with a bed, a toilet, storage and a sink, that locks, majority of the homeless could get off the streets. Her concept was that if a person has their own personal space, where they can store their stuff without fear of it being taken, be alone and just sleep for 8 hours, they could pull themselves up exponentially quicker and easier. Another large problem that she brought up was the extreme wealth disparity in Marin, or as she says, “The haves and the have nots.” McMillan recognized that this is a fairly worldwide issue but that it is especially apparent in Marin. She also feels that there is, “not a lot of empathy or tolerance from the haves,” in most cases. There really isn’t a solution that we know of yet but she thinks that if people understood the struggles of people better, it would be a start.

Although I have known Monica for a while, interviewing her was just a very fun experience. The interview often times just diverted into a tangential conversation about anything from our soccer playing ability, to the mental state of teenagers during the pandemic. Also as mentioned before she can talk a lot, but actually has something to say, which is a rare thing. Monica McMillan truly has shown herself to be a powerful force in the community