Off the Leash • April 29, 2021 • https://srhsoffleash.org/1870/communityvoices/communityservice/javier-vicuna-youth-radio-coordinator-and-host/ 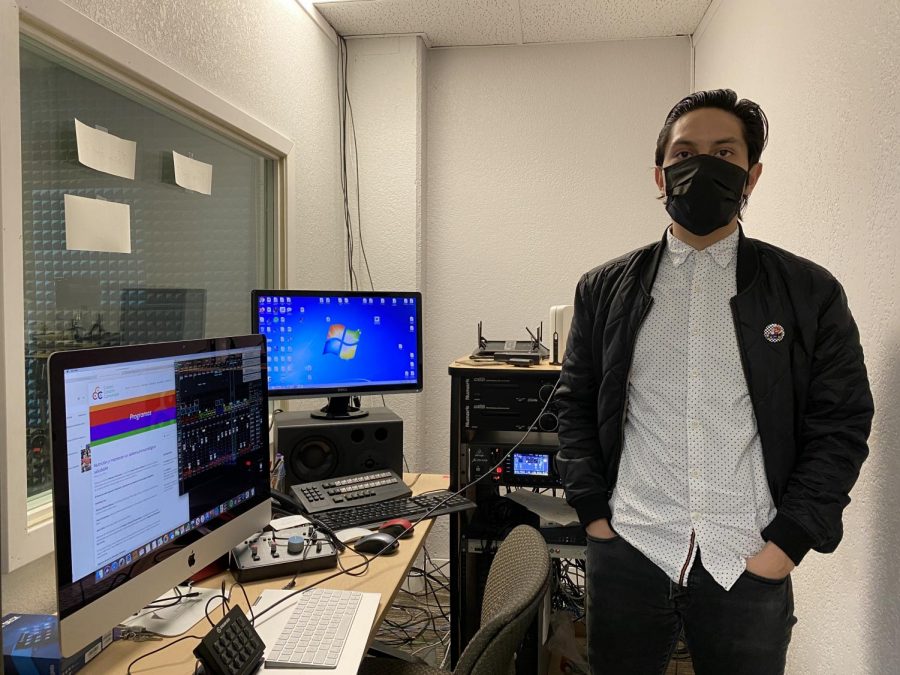 It was Javier’s junior year of San Rafael High School. He had chosen to take theater. Instead of performing as an actor he instead decided to dive into the technical behind-the-scenes stuff, like miking the actors. He realized that he actually was really fond of the audio related technical stuff he did while in theater. So he decided to dive even further into audio.

Javier has a ton of experience with mixing and mastering audio. He is the Studio Radio Coordinator for the Multicultural Center of Marin. He runs two different radio shows that provide a bunch of useful information for the community of Marin. He is very dedicated to making those radio shows the best they can possibly be, and giving back to his community.

Javier is constantly thinking about how to improve the radio shows. Just the other day he went to Starbucks, and on his way out he passed by a group of girls who had set up a booth for a project of theirs that involved then trying to spread awareness about human trafficking. After seeing them he thought, “Wow that’d be a really great resource for the TAY show.” So he went to talk to them with the goal of learning more about what they were doing, and potentially even bringing one of them onto the TAY show to interview them and help spread awareness for human trafficking.

After high school Javier went to Santa Rosa Junior College to take their audio program. There he encountered one of the most challenging problems he has ever experienced during his work with audio. Javier has a sort of routine when it comes to this, he does vocals last since they are quite sensitive to editing. He also has a way he normally edits the vocals. So he was mixing a song for the band at San Francisco State and he did the vocals the way he normally does, and it sounded absolutely horrendous. This was because this person’s voice was much higher than the voices he was used to. He ended up having to not only ask his professors, but also vigorously scour the internet for answers to this problem. Eventually he came across this compressor thing that helped him finally solve his problem with mixing the vocalist’s voice.

I originally was expecting to have a moderately boring conversation with Javier that consisted of me asking a bunch of questions and that being it. But in reality I ended up being genuinely interested in what Javier was talking about, and even went off topic once or twice out of nothing but curiosity. We originally intended for the interview to be an hour or shorter. But  we ended up talking a bit longer than originally planned, discussing the rules and regulations around returning to San Rafael High School’s campus. We ended up talking for around an hour and twenty minutes.

Javier Vicuna is an admirable audio mixer, with even more admirable intentions. He spends hours working on mastering his craft, and every day challenges himself to get better at what he does. Whether it be by having a radio show that helps people get good resources for issues that they most likely experience. Or by trying to help the radio shows get the attention of large companies. Or by making a studio that is open to the public to help aspiring artists put out their music. Pretty much all of Javier’s goals and work end up giving back to and helping his community in one way or another. He has his priorities set on giving back to the community because he is just a really good-hearted person, though another reason is because he wants to pay forward everything he has been given in life.