Off the Leash • October 9, 2021 • https://srhsoffleash.org/1960/news/san-rafael-students-without-lockers-have-a-heavy-weight-on-their-shoulders/ 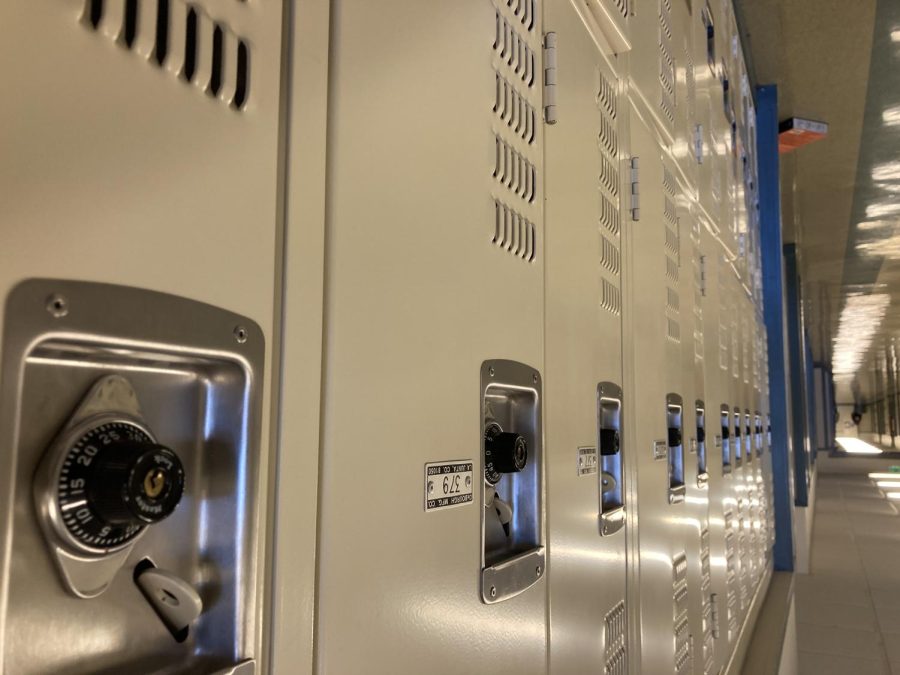 Confusion plagued San Rafael students as they were handed schedules soon after the start of the 2021-2022 school year. Their schedules were missing two integral sections: the locker number and combination. Students assumed this was just an error, as many still had their lockers in Aeries. However, over the span of the next week, any lockers still assigned to students in Aeries were stripped away. Frustrated and confused, these students wondered why.

“It doesn’t seem fair. We waited four years for this,” senior Dylan Moore says. Although he says he is not affected by the absence of a locker yet, he raised concerns about storing his sports gear come spring.

It turns out that as renovations began on the AD building, administrators were not able to issue lockers to many students at school. On top of that, due to the student population rising higher than the number of lockers, the amount of students getting lockers decreased drastically.

However, many students are raising concerns about how to adapt to life without a locker. They are unsure of what to do with textbooks, sports equipment, and other bulky items without being able to store them during the day.

Over the past several years, many students have not had access to lockers due to the rising number of students at San Rafael High School. Acting Principal Peck stated over email, “We simply have more students than lockers on campus.”

However, this year, the number of lockers was reduced by almost 350 lockers, or more than the entire senior class. This is due to construction that will take place on the second floor of the AD building starting Spring of 2022.  When the construction is finished, the old AD will have four classrooms and a fully functioning Wellness center, Acting Principal Peck announced.

Despite this, many students are still frustrated that they were not given lockers. Many seniors are having to carry two to three textbooks daily with no solutions in sight. Senior Elena Pletcher is frustrated that, “with a lack of parking made available for students, it’s not like we can just put stuff in our cars.”

Not only that, Pletcher is concerned about the effect of heavy backpacks on the health of her and her classmates. “Seniors generally have the most textbooks and it is way too much to carry around”.

The Journal of Pediatric Orthopaedics conducted a study on a group of 1540 children and showed that 37% of the subject group experienced back pain. The study also reported that students with lockers had fewer reports of back pain, although no exact percentage is listed.

The National University of Health Science conducted another study, in which 29.2% of health education college students reported lower back pain. The odds of experiencing lower back pain also increased the more the student’s backpack weighed.

However, not all students are being affected by this lack of lockers. Senior Henry Northcutt stated, “I use my car as my locker.” While this solution is not viable for many students at San Rafael High School, this seems to be a common answer to the problem.

While the lack of lockers is far from convenient, San Rafael High School administration believes that the school is more equipped to handle this problem than in previous years. Acting Principal Peck stated that since teachers “moved many of [their] class materials online”, which leads to “fewer textbooks and classroom materials every day”.

He also stated that the block schedule “helps reduce the number of materials required on a daily basis.”

As the school year barrels on, students are having to deal with their backpack’s substantial weight on their shoulders. They are unsure of where to store their school equipment, and some are worried about how the weight will affect them. Despite this, renovations are still set to begin soon on the AD building for the good of future students.