Off the Leash • October 11, 2021 • https://srhsoffleash.org/1972/news/treasured-san-rafael-high-music-teachers-passing-leaves-the-community-in-mourning/ 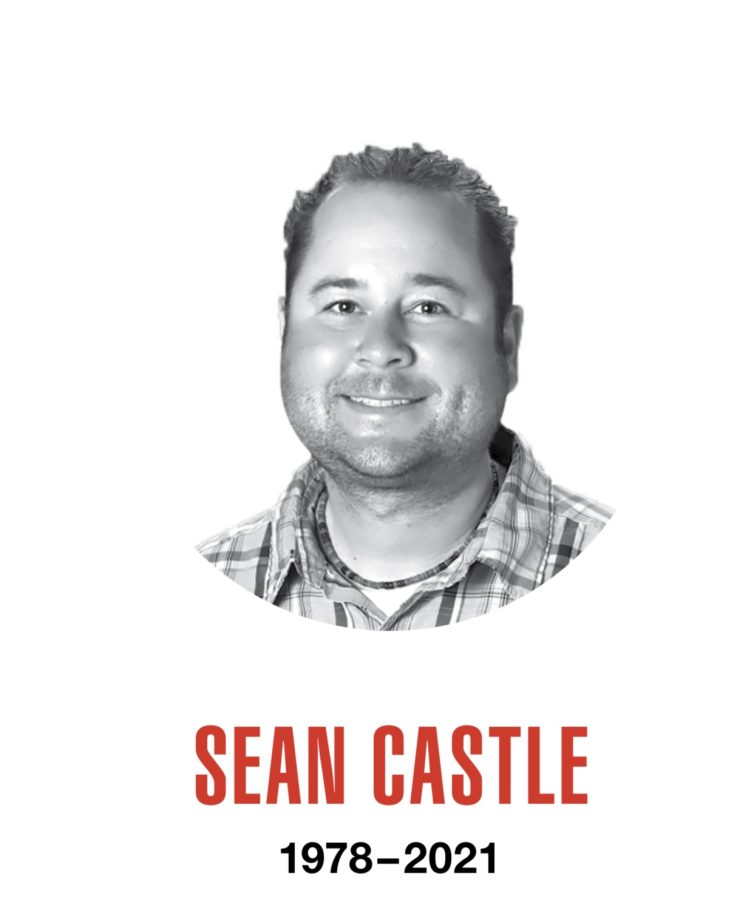 After the sudden passing of beloved San Rafael High music teacher, Mr. Castle, the community is left to mourn and honor his legacy.

On Monday, June 28th, 2021, Mr. Castle passed away from a heart attack. Glen Dennis, principal of San Rafael High, sent an email to the community breaking the news a couple of days later. Heartbroken and grief stricken, friends, family, colleagues, and students began to spread lovely messages over social media.

“He never made us feel lesser…And so many students had not only a teacher in Mr. Castle but a mentor and a friend,” said Sara Alisic, a former student currently attending CSU Northridge. “He made his students excited about music, he didn’t turn anyone away. He never gave up on anyone even if they were struggling and I know he is the reason a lot of kids even came to school or graduated.”

Many students, past and present, said that Mr. Castle was not just a teacher but instead a friend and someone they could relate to. He was able to create an environment for all his students where they felt comfortable, welcome, and appreciated.

“He was very different from every other teacher because he was like a student, he treated us like other people before students. I really felt like he understood us a lot,” said John Brode, a former student currently attending Cal Poly. “When I had his class it felt less like a class and more like hanging out but in a good way.”

With many music classes being offered at school, Castle was able to teach Jazz Choir, Wind Ensemble, Advanced Steel Pans, and Beginning Steel Pans. He was able to share his love and passion for music with many students across different levels and ages. After teaching about 120 students yearly throughout his 20 year career, the number of people he touched throughout his career was immense.

“He taught 20 years worth of students about how to change their lives with music, and supported all those students through a period of their lives that isn’t easy for many,” said Elena Pletcher, a senior at San Rafael High, “his encouragement will help me remember the importance of work ethic, following my passions, and believing in myself.”

Many people thanked Castle for all the hard work he had done and all the time and energy he had committed towards the SR music program. His efforts and love for music was clearly shown to the community by the many concerts, football game performances, festivals, and contests he held and attended with his students. He encouraged students to take on solos when they didn’t think they had the potential, pushing them out of their comfort zones and in the process furthering their love for music. He was also able to create an award winning music program that will forever be impacted by him.

“I think Castle gave his full heart to the SR community and to the music program,” said Vivian Rodas, a former student of Mr. Castle.

“He devoted so much of his time to music at SR and as a community we should all feel grateful for that. He was able to create massive musical opportunities for students and the music program,” she said, “my parents were separating, but Castle made me see music as a source of alleviation, healing, and expression. Music heals and fulfills. These are concepts I learned from Castle.”

Rodas said that when she thinks of music she immediately thinks of Mr. Castle and thinks others would too.

As the new school year rolled in, Nick Burdick, a music teacher who had been previously working in Napa, was able to step up to the role as the San Rafael High music teacher. Mr. Burdick wants to continue to build up the music program that Castle had run for such a long time.

“I’m trying to change as little as possible, in part to respect the legacy that he’s left behind and also because there is just not a lot of need for change,” Burdick said, “I want to make sure that the students are feeling like not everything is changing all at once because it’s a hard time for everybody.”

Over the summer, a service open to the public occurred on July 24, 2021 at First Presbyterian. More recently, on August 29, 2021 the San Rafael High music boosters held a musical tribute for Mr. Castle. There, family, friends, colleagues, and students were able to perform anything they wanted to. It was also live-streamed for those who could not attend.

San Rafael High School music booster president Cindy Chung, who helped organize the musical tribute and worked with Mr. Castle, said that he touched so many students musically and was kind of like the first adult that they could talk to or could trust.

Although Mr. Castle’s presence is no longer with us, the memories he has made with many and his lasting impact on the music program will forever be remembered by the SR community. Once a bulldog, always a bulldog.