Off the Leash • December 3, 2021 • https://srhsoffleash.org/2086/features/nicole-wasserman-a-profile-of-resilience/

Nicole Wasserman: A Profile of Resilience 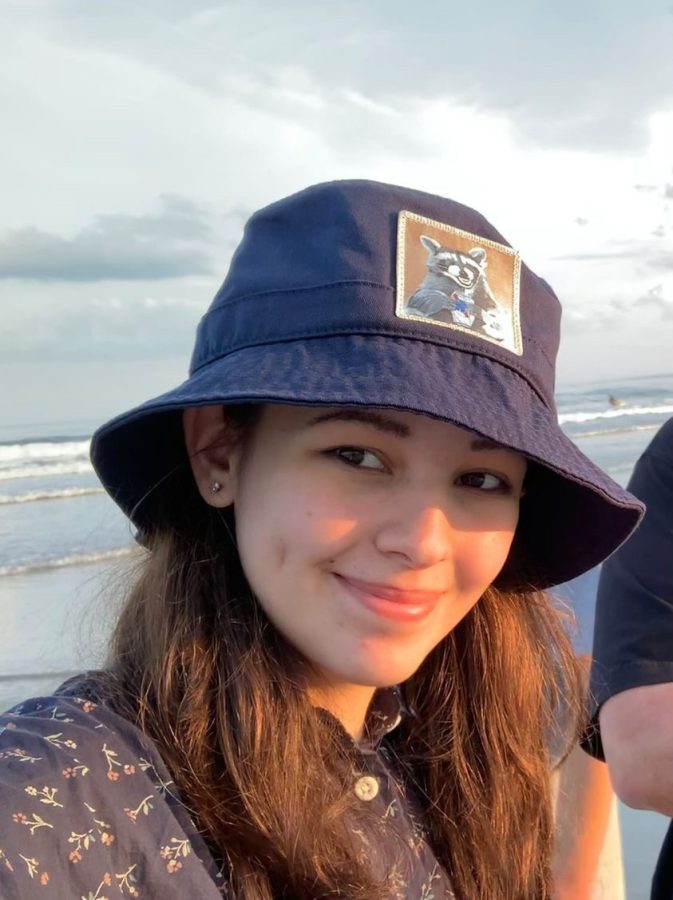 Tough times make tough people. Senior Nicole Wasserman was and is able to maintain strength and stay resilient during challenging times. She is not only able to prove to herself, but to others as well, that it is possible to get past any obstacles that life present.

On March 30th, during the COVID-19 pandemic, Nicole underwent heart surgery. Because of COVID, her parents were the only ones able to visit her. It was during the Easter holiday when she was finally discharged from the hospital after some other health complications.

“I had a pneumothorax above my right lung, which is like a pocket of air. So I had to stay a few extra days to deal with that. I had to go on oxygen and got an infection. But other than that, I think I had a pretty smooth recovery and I’m happy to be back in school,” said Nicole.

She was surrounded by care and support, from not just her friends and family, but made lighthearted interactions with her nurses. “My nurses were really nice, they were super sweet. They called me stoic,” continued Nicole. The term stoic defines an individual as — someone who is able to handle hard times and pain whilst not showing discomfort or expressing negative feelings. — Nicole added, “I don’t think it is accurate because I feel like I complain a lot.”

Along with tons of reinforcement from everyone around her, Nicole stayed strong throughout the hospitalization process. Although nerves surfaced from time to time, she was brave. Stress is a given anytime a major event like this happens to anyone, but Nicole’s bravery pierced through these feelings and reflected outward. Her close friend Lili Peixotto stated, “I know that prior to the surgery, she was really stressed about it, but sort of being calm. She seemed to be not that nervous, which made me have faith in the surgery and that she would be fine. But I know she was stressed about it.”

Nicole is one of many students who struggle to maintain and balance their school life and medical challenges. Her story is an example of how young people can still stay brave during rough times.

After her successful surgery, Nicole continued to keep her head held high. Being resilient really moved the people around her, especially those near and dear to her. “She made her surgery seem like a breeze when it was really this large event that affected her greatly. It’s inspiring to watch her go through it all and still keep a good spirit,” said Lili.
Even before her surgery, Nicole faced some complications in school because of her condition. P.E was something she was never really able to participate in.

“I’m pretty academic because I couldn’t have a sports outlet…But my whole life I’ve had to not do sports and stuff just because of the issues. I got into theater because it was something I could do without straining myself. I think these things have really shaped me and my perspective on life,” said Nicole.

Nicole channeled her inability to do sports through theater. She found a good outlet to replace what may have been sports in her life. Not having P.E on her schedule as a freshman sparked questions from people getting to know her, who are now her closest friends.

“The first day we heard about her condition, we didn’t see P.E on her schedule and we were all confused but she explained it to us,” said Elena Pletcher.

At the time, Nicole was new to the area and had just transferred from a different middle school, unlike a lot of the students currently at SR. “I went to a different middle school than everyone else so I was new to San Rafael. I went to St. Ansel which is a Catholic school. I met all of my friends at SR just in those first two years but then the pandemic hit so it was much harder. I still maintained a lot of friendships. It’s nice, I definitely still have a lot of my core friends.”

Even though she went to a separate middle school, she still was able to make friends and was welcomed with open arms to SR. “She didn’t go to the same middle school as the rest of us, but right away we kind of became attached to Nicole. She just has a very sweet warmth about her that really draws people in,” said Elena Pletcher.

Although her serious heart condition surgery, along with COVID, majorly impacted her life, Nicole doesn’t view these experiences as defining features of her highschool experience or life overall. “Obviously the heart stuff has had a big impact on my life, but that’s really only one factor and certainly not defining of my whole high school career/life in general,” said Nicole, adding, “COVID too was obviously a major thing, and it took away a lot of time. But it shouldn’t define high school.”

Online learning has been hard, especially for teachers. Making a good, second, first impression in-person rather than online is important. When asked how she views Nicole as a student, Ms. Ayoob had this to say, “I think she is a wonderful young woman who is funny, thoughtful, and compassionate. She is supportive in class with projects, class discussions, and just a cool person.”

Nicole herself has seen an improvement in the way she learns in-person instead of online. “Personally I think I’m doing a lot better in person than online. Online was pretty hard. Because in the fall semester of Junior year we were figuring out what hospital to have the surgery in,” said Nicole.

Overall, Nicole has had a positive experience at SR and grown as a person and student. “I’ve definitely developed and come out of my shell here,” explained Nicole.

These changes and characteristics have even jumped out to her teachers. “I have seen her grow from a quiet Junior over Zoom, to an outgoing Senior who runs the Interact Club and is a supporting role in MAX,” said Ms. Ayoob.

Over quarantine, Nicole constantly reached out to her friends so she could make sure they didn’t lose touch. Although she was in the midst of some major heart health issues, she made sure to check in and make time for her friends.

Being with close friends is a positive factor in Nicole’s life. She stated, “It’s really good for my mental health, I think, to be around friends. I can just learn about myself more and explore my identity and make friends who match me more in terms of identity, politics, (lack of) religion all that, I’d say I’ve changed a lot.”

Not only do her friends support her, but Nicole has taught people who are close to her a lot. When asked about what she learned from Nicole, just by being there for her, Lili stated, “It’s crazy how brave she was, and still is. I’ve learned that having a positive attitude can really help any situation. and that it’s okay to reach out for help and your friends will be there with you and support you.”

On top of everything, Nicole still makes an effort to make a difference for not just her friends, but in the lives of people in her community. “I’m also the president of the Service Club and sophomore year I was co-president. It didn’t exist Junior year but I’m excited to be bringing it back. We do local Marin projects so we can go back out into the community and help anyone who needs it or was affected by the pandemic,” said Nicole.

After going through numerous obstacles throughout her entire life, and even being hit with a worldwide pandemic, Nicole has proven time and again that it is possible to push through any hardships and still be an amazing friend, student, and community member.