Off the Leash • February 14, 2022 • https://srhsoffleash.org/2179/opinion/young-people-need-to-clean-up-after-themselves-and-everyone-else/

Young People Need to Clean Up After Themselves (And Everyone Else) 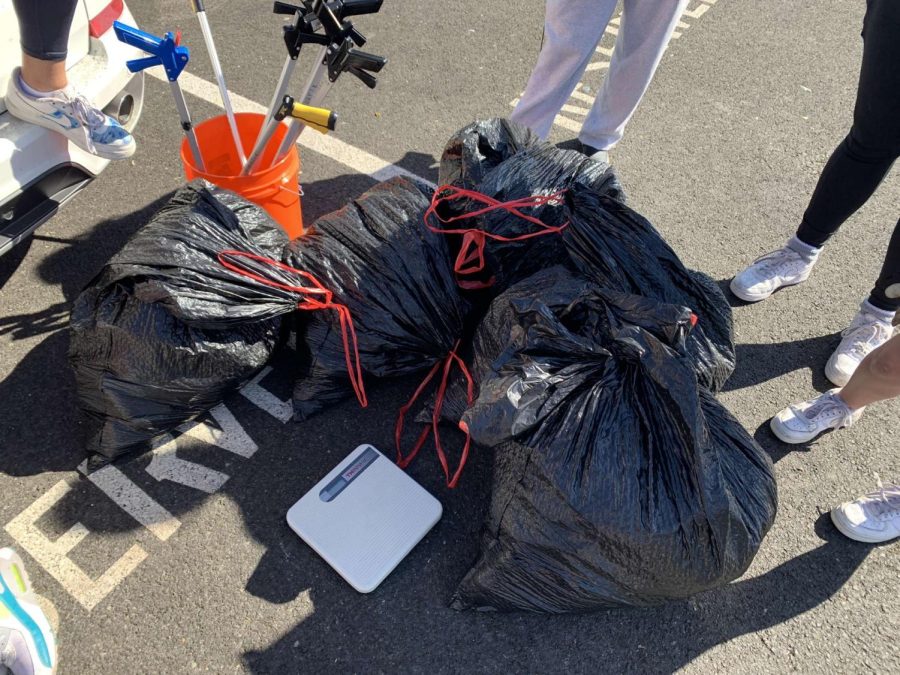 On campus, the widespread effect of litter is obvious. School lunch trays and fast food packaging are carelessly strewn across campus. San Rafael’s garbage issue is a microcosm of the world. Beaches, cities, and rural areas alike are the subjects of neglect.

According to data from the Environmental Protection Agency, Americans alone generated roughly 35.7 million tons of plastic in 2018. Considering that other countries are not far behind the United States in terms of plastic production, it is safe to say that the world as a whole generates much more plastic in a year than is shown in this statistic. Because plastic waste does not decompose, any plastic that is produced will stick around.

Often, it sticks around in the form of litter. Waste lingers around or finds its way into local streams, canals, and rivers, which end up pumping it out into the ocean. Even if the waste is “dealt with” it really never goes away. Burying waste in a landfill is just our way of pushing the plastic problem onto the next generation. If the trash is not in your sight, it’s not in your mind.

“I couldn’t ignore it anymore,” said SRHS senior Nate Bender. “Something needed to change.” After experiencing first hand the litter that can be found in the San Rafael canal, Bender wanted to attack the problem at the source.

During his sophomore year, Bender had the idea for Simple Impact, a student-led non-profit organization dedicated to cleaning up local coast, local waterways, and public facilities. He then went through the rigorous process of applying to be recognized as an official nonprofit and raising money for the cause. In its short existence, Simple Impact has grown to be one of the most well-known clubs at SRHS.

Although it can be frustrating to see people be so careless with their waste, Bender is understanding. “At first I was resentful, but I realized that people didn’t understand the consequences of their actions and I wanted to educate them about it,” he said. One of the main goals of the club is to expand in size, hopefully reaching other nearby schools and maybe eventually far away schools. It is for exactly this reason that it is so important to educate our youth on their environmental footprint. In order to attack it, people need to first understand that this problem exists. You can’t solve a problem if you don’t know it’s there.

Just getting out and getting active can have such a big impact. “It really opened my eyes,” said senior Nik Ford. “I saw how many bulky items can be found in hidden areas.” Ford is referring to all of the plastic that has gotten stuck in plants and seaside rocks which hide their appearance. It is very easy to ignore the trash problem when you can’t see it, and while often litter is right in front of your eyes it is occasionally true that you can only find it if you look for it.

As a young and impressionable generation, planting the seed of environmental activism will be sure to translate in small yet crucial changes in our lifestyles. Awareness is the key to change, and in this situation it is no different. If younger generations educate themselves about the dangers of pollution, it is much less likely that they will be able to ignore the issue by avoiding it. The best way to educate oneself is through first hand action, and students like the members of Simple Impact have most definitely experienced this.

As you learn more about the severity of pollution and its impact on our planet, it becomes impossible to ignore. It becomes something that lingers in the back of your mind. You want to believe that leaving just a few pieces of trash behind won’t do anything because it seems so minuscule, but that part of your brain remembers what all of those little pieces of trash added up to on your local beach.

“I think that the spaces that we inhabit and the way that we keep them up is a reflection of who we are emotionally, mentally, and morally,” said Steve Temple, one of the most well-known and experienced teachers at SRHS. “I feel that if we live in filth it is a reflection of our own inner-conflict and lack of self dignity.” Everyone needs to take accountability when it comes to their impact on pollution. If we are okay with living in an environment that is ridden with trash and waste, then it is an indication that we are also okay with the lingering thought that we are destroying the beautiful planet we call home. To me, that is indicative ofis a polluted mind.

Specifically, Temple talked about placing a greater value on education through taking better care of our educational facilities. As experienced by students like Bender and Ford on a daily basis, our campus is far from clean. From the students, to the staff, to the federal government, everyone needs to put more effort into cleaning up. “Young people learn better when they are in an environment that is aesthetically pleasing, ” said Temple.” “It adds value to the concept that the space in which we learn needs to be recognized as a place of aesthetic beauty.”

The possibilities for change are encouraging. An example I often imagine is one of a prospective college student looking for an engineering project to work on and deciding to try and come up with an innovative way to reduce plastic waste because they are aware that it is an urgent issue. Ideas like these seem small, but altogether they are big. In many ways, this mirrors the exact mindset that has added to the problem in the first place.

As a member of Simple Impact and the original group of students that assisted in its formation as a non-profit and as a club, I know what it is like to get up on a Sunday morning and pick up trash. It gives off a feeling of satisfaction and pride that really can’t be found anywhere else. Nate Bender feels that it is this feeling that will cause people to change. It will cause their decision to leave a piece of garbage on the ground to change. Our planet is precious, and knowing that you have done something that could eventually help save it is a damn good feeling.