Marijuana: The Times (and the Plant) Have Changed 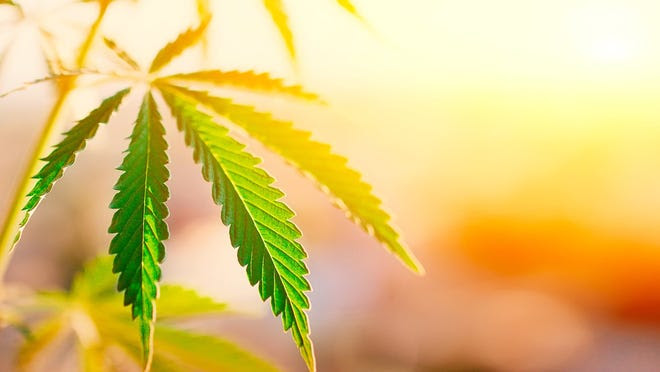 Cannabis, marijuana, weed, pot, dope… it doesn’t matter what you call it, it’s still a plant. A plant that has been around since 500 BC. A plant that has been used for many religious, cultural, and medicinal reasons throughout our time on earth. But is cannabis really just a plant anymore? Sadly, it isn’t. And many teenagers who are using marijuana regularly don’t realize how dangerous the modern day changes to cannabis are.

Weed is definitely not the same as it was in the 60s and 70s, when it became very popular during the hippie movement. Don Carney, the Executive Director of the Youth Transforming Justice Program in San Rafael, recalls that “Back in the Woodstock days, the THC in weed that I was smoking could be from 3-5%. However, nowadays I see flower ranging from 20-35%, and concentrates that can reach all the way up to 99%.”

Marijuana today has become commercialized. The industry is now run by people who are only in it for the money and don’t care about the health of consumers. They purposely increase the THC potency in their products in order to get more people hooked, and teenagers are among the targets.

Since there is often a misconception among teenagers in our society that marijuana is not addictive, large companies are able to keep rising the THC content in their products without people realizing what is happening. But in reality, the increase in THC percentages is causing more and more teens to become addicted to marijuana.

Jonathan, a recent alumni of San Rafael High School, thought the same thing when he first started smoking weed. “When I first started [smoking], it was only a couple times a month with some of my friends,” Jonathan recalls. “After a while, I soon started to notice that I was smoking very frequently and needed higher THC potencies to get me high.”

According to the Centers for Disease Control and Prevention, 1 in 6 teens who repeatedly use marijuana become addicted.

Many teenagers might think that it’s not a big deal to be addicted because  marijuana is practically harmless, right? Wrong.

A teenager’s brain isn’t fully developed until they are in their mid 20’s. Consistently smoking weed on a daily basis can cause serious harm to an underdeveloped brain. Some of these effects include difficulty with thinking and problem solving, problems with memory and learning, impaired coordination, and difficulty maintaining attention.

Dr. Cindy Chung, a pediatrician at Kaiser San Rafael for the last 23 years, has seen her share of patients who use cannabis. She has firsthand knowledge of how marijuana affects judgement, is addictive, and is associated with higher rates of student dropouts, apathy, and a range of mental health issues such as anxiety and depression. One of the worst things she sees is that teens don’t think it’s dangerous or addictive. “I’ve had many teenage patients tell me they don’t think it’s addictive,” says Dr. Chung.  “There was a lot of misinformation when it was legalized which emphasized to teens even more the idea that it was perfectly safe.”

In addition, many teens who are using marijuana regularly also see a decline in their academic performance. Timothy, a senior at San Rafael High School, says “I was a straight A student up until my Sophomore year of high school, which is when I started to smoke weed on a regular basis. It didn’t start to affect my grades at first since I was only smoking occasionally with some of my friends. It wasn’t until I started to smoke on a daily basis… that is when I saw my grades immediately drop.”

On one side, “Saying that we have legalized weed is subtly misleading,” says Ben Court, an author and addiction treatment specialist. “What we’ve really done is commercialized THC which has led to products that are unnaturally potent.” Furthermore, legalizing it has made many teens believe it is not as harmful as it actually is.

On the flip side, for teens who use cannabis, legalization has given them opportunities to buy from more reliable sources.

“I stopped buying street carts and street weed a while ago,” says Michael, a current senior at San Rafael High School. “I just ask some people with med cards to buy me stuff whenever they go to dispensaries.” Michael gets his weed products from people like Jonathan who regularly shops at the Stiiizy store on Mission Street in San Francisco. He says that they are a “reliable and reputable brand” and they have some of the “nicest concentrates you can find near San Rafael.”

It’s clear the cannabis available to teens today is different from the non-commercialized weed that became popular over 60 years ago. The thing that remains constant is that teenagers are curious creatures who want to experience new things. It would be impossible to try to change the nature of teenagers. But what could change is the education around cannabis.

First, the curriculum that high schoolers are taught in health class needs improvement. Currently, the lesson plan is created to try to scare teens into not smoking. If anything, that would make them want to smoke even more since teens like to do the opposite of what adults tell them. Instead, teens need to learn that smoking occasionally in a socialized group is actually quite normal. In fact, 38% of high schoolers in the United States have said they have tried marijuana at least once. However, this number is also deflated because many teens are too scared to admit they smoke to certain authoritative figures.

Another thing that teens are taught in health class is to not smoke weed because it is a “gateway drug” and will inevitably lead to harder drugs such as cocaine or heroin. This may be true for some teens who are abusing weed, but according to a study done by the CDC, the majority of people who use marijuana actually don’t go on to use harder substances like heroin or cocaine. Of course more research is needed to fully understand if marijuana has the ability to lead to other drugs, but from what I see at San Rafael High School, most kids who are using cannabis products are using it casually and are not using harder substances.

However, this problem also falls into the hands of parents. Some parents are perfectly fine with their kids having a couple of beers, but think smoking weed is totally unacceptable. For example, my friend Tim, who is also a senior at San Rafael High School, says that “when my mom found a case of beers in my room, she literally took them and just put them in the fridge for me. But when she found the weed that I had in my room, she got very upset, took it away, and started drug testing me.” This type of parenting is harmful in different ways. To the dismay of many parents, the more teens are told something is bad and they should not do it, the more they want to engage in that exact behavior. Also, since alcohol is considered to be more harmful to teens who use it often versus teens who use marijuana often, parents should be just as concerned with their kids drinking habits as they are with their smoking habits.

Unlike alcohol, marijuana does have a number of health benefits. Some of these benefits include relief of chronic pain, regulation and prevention of diabetes, improvement of lung capacity, relaxation, and help with fighting certain types of cancer. According to Dr. Chung, “I think there are clear medical indications for it so I think it should be available for people who need it. Certain people definitely need it for medical purposes such as chemo patients with nausea.” Furthermore, CBD, the non-psychoactive component of marijuana, has proven to be very successful in treating children suffering from seizure disorders. The most popular strain of CBD is called “Charlotte’s Web,” which was named after a young girl who suffered from multiple seizures daily, and when traditional medicine wasn’t helping, CBD is what gave her the relief she needed.

Interestingly, marijuana is still considered a Schedule 1 controlled substance by the U.S. Government, which means it is in the same category as heroin, LSD, and ecstasy, putting it ahead of much more dangerous drugs such as fentanyl and cocaine. Because of this federal classification, no federal research has been done on the potential benefits of marijuana and it is not accepted by the FDA for medical use. Kathleen Geluz, Cannabis Wellness Consultant for Octavia Wellness in Alameda County, believes “if marijuana was not listed in the Schedule 1 category, important research on the benefits could be done and doctors could be trained on how to safely subscribe medical marijuana to their patients who could really benefit from it.”

I’m neither condemning or condoning the use of marijuana, in all its different forms, since that would make me a hypocrite. But I do believe teens need to be educated and responsible about their decision to use cannabis products.

It is true that it is better for teens who are still developing to abstain from using marijuana. But it is also true that many teens are curious by nature and experimenting with substances like marijuana is simply fun for them. It is important for teens to know how marijuana affects them and to pay attention to how often they are using. The problem is when experimenting becomes a dangerous habit. And today’s weed can become a habit for some teens. It’s just not the same plant it once was before it became commercialized.