Teenagers Are Better at Identifying Fake News Than You Think 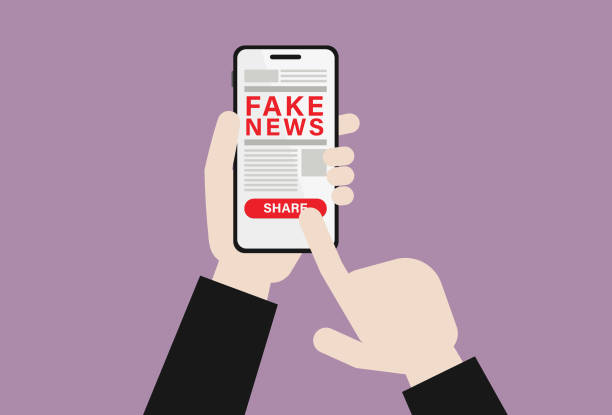 Ms. Brett, a San Rafael High School government teacher, often opens her classes asking her students about current events. Taking a closer look into the stories they bring up and asking questions like, “Where did you read that?” is her way of casting doubt on a story mentioned by a student. Nearly every day at the beginning of her Government class, Ms. Brett would ask her class about the current news.

Information that is totally false can be presented in an official-looking way and all look correct. Ms. Brett shared a story of a student who was doing research for a school paper. While the website looked legitimate enough, the information on the website was all false. She explained what happened when they looked more into the source, “I showed her how to fact check the source and we learned it was a white supremacist website.” As Ms. Brett explained, such a disturbing experience also provides a great chance for learning.

The issue of fake news is well documented in today’s society. For the majority of teenagers, fake news is an overblown issue. Many are able to use their own knowledge and cross-check sources to ensure the news they read is truthful. The more information that people are able to take in, the easier it is for them to distinguish fact from fiction. Ms. Brett, who is a self-described “news junkie” uses many sources, because, “I figure the truth lay somewhere in between the various viewpoints.” The issue of fake news has come to the front as the lies being spread cause a great threat to our security and safety. As well as the importance of fostering trust and belief in the legitimacy of the mainstream media.

The coronavirus pandemic has created the perfect storm for fake news for people. The lack of information on the pandemic especially at the start leads to a lot of fake news being spread about it and believed. In an interview with a San Rafael High School junior Rayan Zouai, he explained that it is easier to fall for fake news on topics you know less about. “It’s hard to check everything,” he explained about the short videos and other posts he sees on social media. Many videos sharing incorrect information became popular on social media platforms. At the beginning of the pandemic, videos presented as fact claiming things like teenagers and children couldn’t be infected by Coronavirus became more popular. We now know that that is very clearly very incorrect with the new information we’ve gotten.

In Nevada, one night during the election, there were reportedly 10,000 votes registered for Biden all at once. When it was first learned about it seemed suspicious to say the least. As time went on, more information came out about what had actually happened. After the story was reported in its entirety by multiple news networks, the issue should have been resolved. The information being put out could be better trusted as more sources corroborated the information. “If I see widespread coverage, I feel like I trust it a bit more”. SRHS alumni Luz Diaz said about verifying information she reads. The problems arise when people choose to believe lies and not the factual evidence presented to them.

Misinformation is dangerous, and we saw a prime example of that on January 6th, 2021. Lies were peddled by powerful politicians including the president until they prompted an attack on the American Capitol.

In an effort to combat the spread of fake news, Twitter had been fact-checking President Trump himself since the end of May this year. The links they provided would send you to many news sources with different information to what the President is saying. During the election, there were often links to PBS, CBS, Wall Street Journal, and many more news sources that are trusted by the general public that presented alternate information from what President Trump was saying. “The problem with everyone in today’s society is that they want to be correct, but people are willing to use fake news articles to back up what they want to be right… At that point you’re just lying to people,” said San Rafael High School senior Paul Longinotti. He says that this is the main problem behind fake news, and, “You should be correct in your claim, but if you have to reach to fake news to back you up, that is a problem.”

A large number of people willing to lie to be right creates a problem that when many people are all telling the same lie, it is more likely that it will be perceived as the truth by unknowing people. When the easiest way to tell real from fake news is you seeing what the consensus is saying, lies from a large number of people can blur the line between true and false for people.

Teens spend a large portion of their time on social media, so that is often where they get news from as well. The social media account for large news organizations is often the most popular place to get news online for these teenagers. Publications like the New York Times and The Wall Street Journal will post content on places like Instagram and Twitter where teens go to get their news. Of course, anyone could post whatever they want, calling it news. In reality, that’s not the pressing matter some worry about it being. According to the University of Colorado, 95% of Twitter users share no fake news posts.

The skepticism that teens have when it comes to looking at the news online helps them to avoid being tricked. According to Common Sense Media, only one-fourth of teenagers think most news on the internet is “very accurate”.

A relatively common practice I discovered throughout my interviews was, when reading news articles many people try to determine why or how a news story could be faked going into it. Things like controversial political topics are more likely to be subject to false reporting. For example, Luz says that she, “Wouldn’t analyze it as much if it can’t be twisted politically.”

When turning to social media for the news and politics, a verification checkmark is a very important step in identifying trustworthy creators. Paul Longhinotti said that whenever he needs to read about politics, he chooses the verified users, “Although those (verified) accounts still have bias behind them they’ll still know what they’re talking about because of their specialization because they can back it up, that can develop your opinion too.” The presence of professional opinion in an argument is a valuable thing for educating yourself and that is why Paul and many others look to verified accounts for their information.

The biases of media companies are something you may never notice if you are not looking for it. That being said, it’s a super important concept to understand in order to fully comprehend the information you are taking in. When asked about her first introduction to the idea of media bias, Nicole said, “We did an English paper on media bias which was super eye-opening.” The concept of media bias is an increasingly popular topic in classrooms today. This is a result of the fact that knowing about the presence of bias can completely change how you consume the news.

The awareness of bias in the news is a crucial skill possessed by today’s generations to help them learn all of the facts. A biased news source can still provide 100% truthful information while pushing a narrative. Ad Fontes Media developed a Media Bias Chart to help people identify the most reliable and unbiased news sources possible. Knowing about a bias before beginning to read a story is very helpful, as Nicole explains, “I go into it knowing they aren’t a neutral source… so I watch it with skeptical trust.”

Scarily, there’s no way to see beforehand what biases a news source may have when using social media. Therefore, the assumption for Paul, and many others, is that, “On social media, it’s all biased.” With this in mind, many people want to take news they see on social media with a grain of salt. Of course, the amount of information taken in by teenagers on the internet means that most stories are seen more than once from different sources, allowing people to cross-reference sources.

Teenagers are intelligent consumers who are far better at identifying fake news than many may think. With the help and education of others, teens have quickly been able to adapt to the reality of a world where much of the “news” they see online can be faked. Many widely known strategies like looking into the background of a source and cross referencing the sources have helped them to better distinguish factual news from attempts at deceiving them. While fake news is still a pressing issue, teenagers can be trusted to be able to decipher what they are seeing and determine the validity of the contents of the internet.